LADIES AND GENTLEMEN AND ALL THOSE IN BETWEEN WELCOME PRINCESS ALICE MANOR!

From a young age Alice has enjoyed entertaining others and over the many years has developed her style into a combination of Metal, EDM and Orchestral Music with influences from Enter Shikari, Bring Me The Horizon, Crossfaith, Eskimo Callboy & Many More!

As well, her aesthetic can be described as "Dark Kawaii" where she draws influence from both Emo/ Goth and Cute Japanese Styles combining both Sweet and Horror together.

Princess Alice is also a Trans Girl and incorporates Trans Awareness into her Creative Works.

Outside of Music Alice also has an (Upcoming) YouTube, Twitch & Tiktok specialising in Music and Madness.

Check Out The New single “Beautiful (Trans Anthem)” where all the funds will be going to Mind Out LGBT Charity & Mermaids Trans Youth Charity. In the meantime You can listen to her previous Singles “Break It Off feat Vlad Von Kitsch & Scottney Vektrill” & “Kill You” on all Major Platforms

Make sure to Subscribe for more video's as well as follow her Social Media for regular updates.

Previous Locations Alice has performed include The Famous MCM Comic Con London, The “Legendary” Red Lion (Gravesend), The Prince Albert (Brighton), The Pipeline (Brighton), The Brunswick (Brighton) and Many More Around The Country. 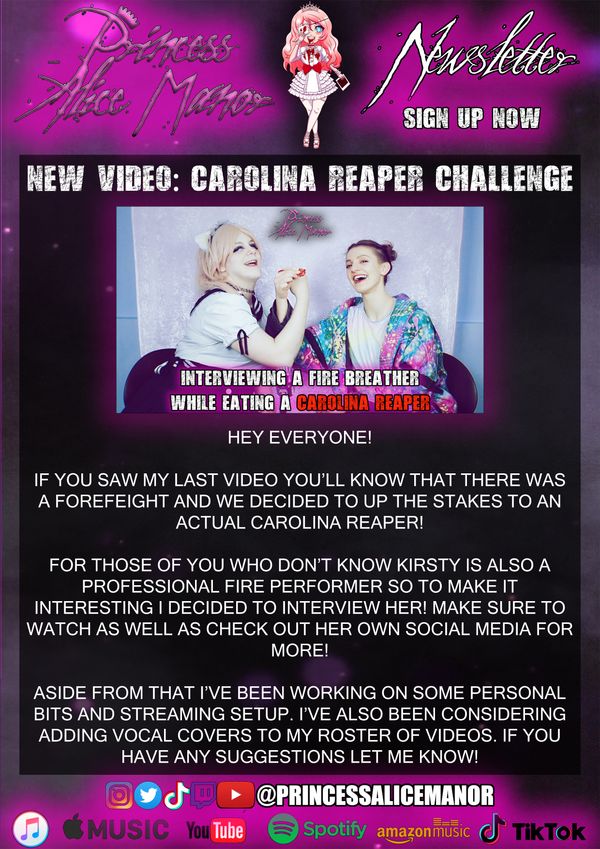 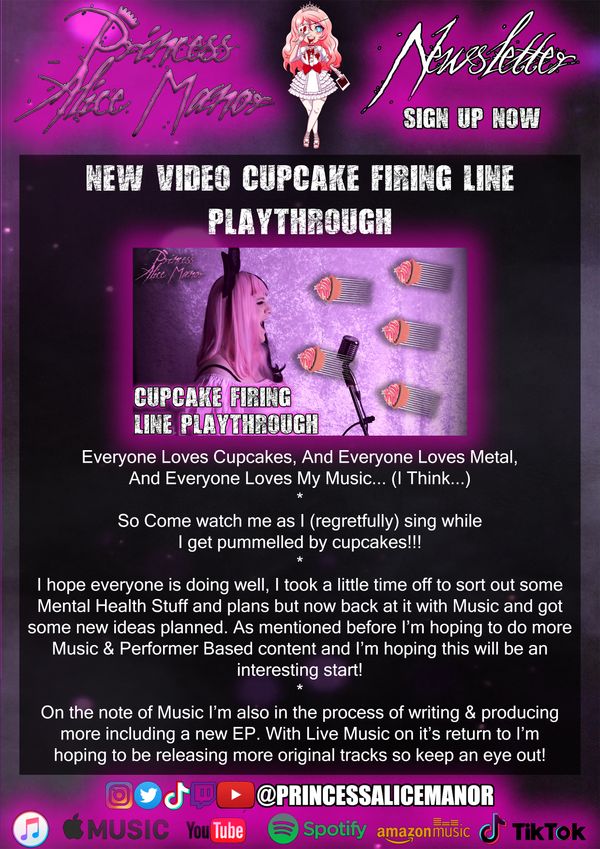 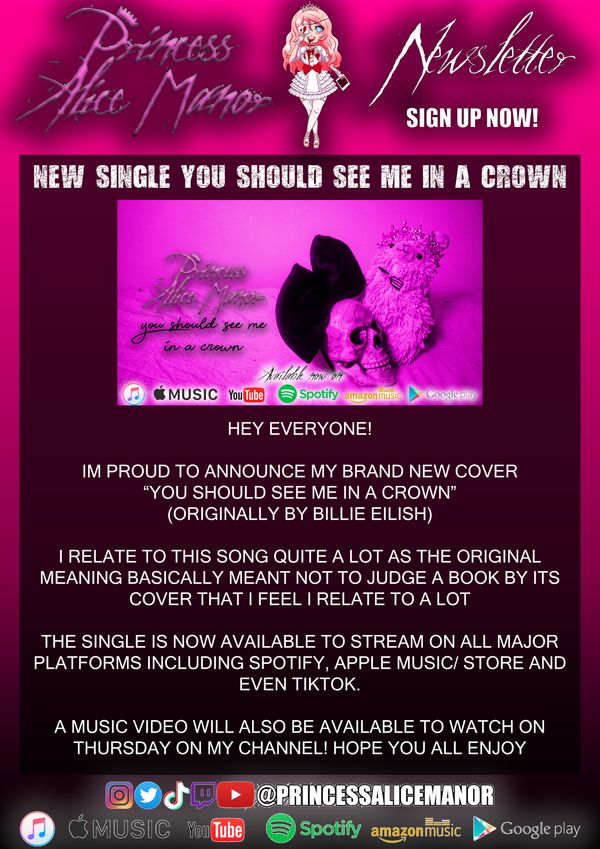 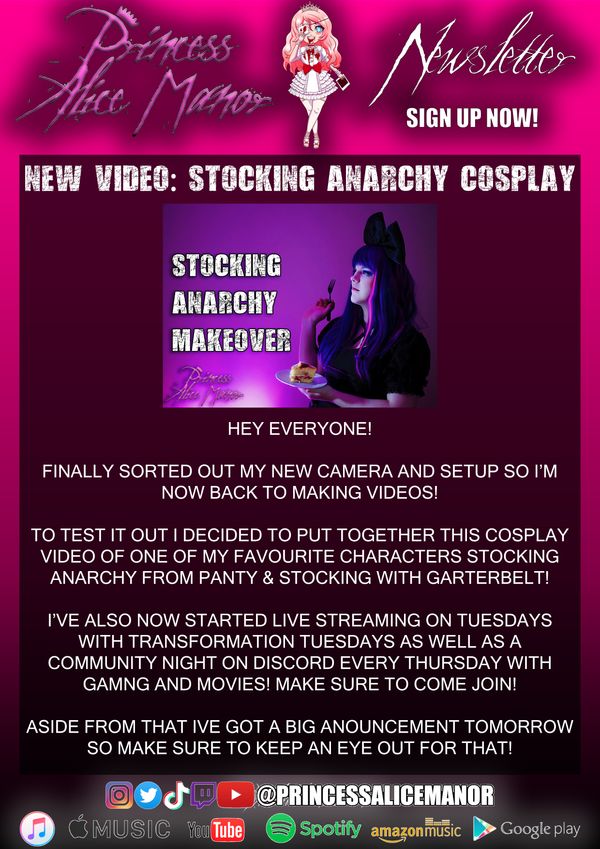 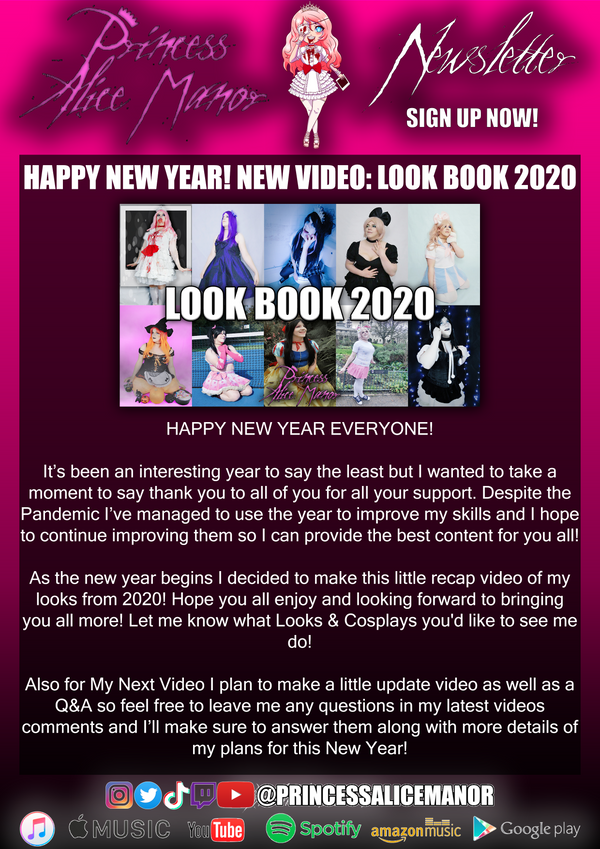 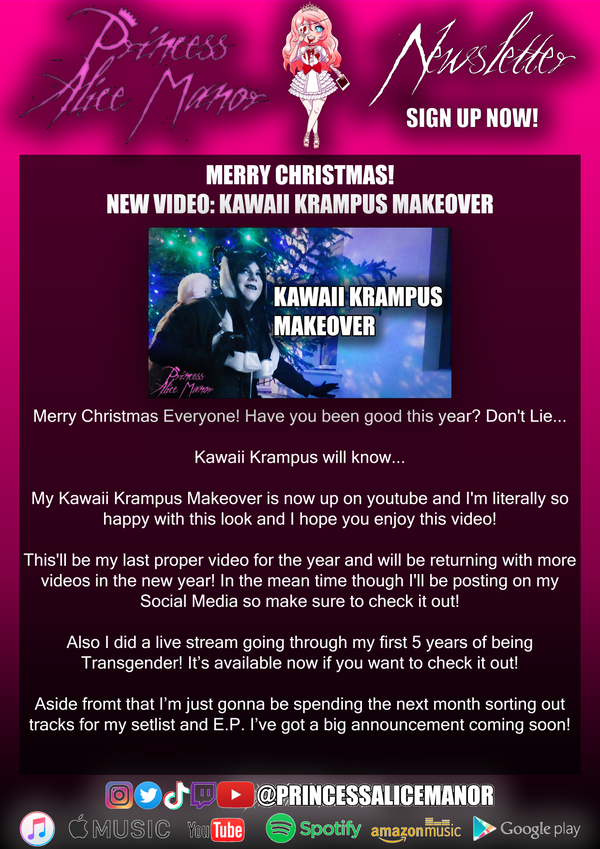 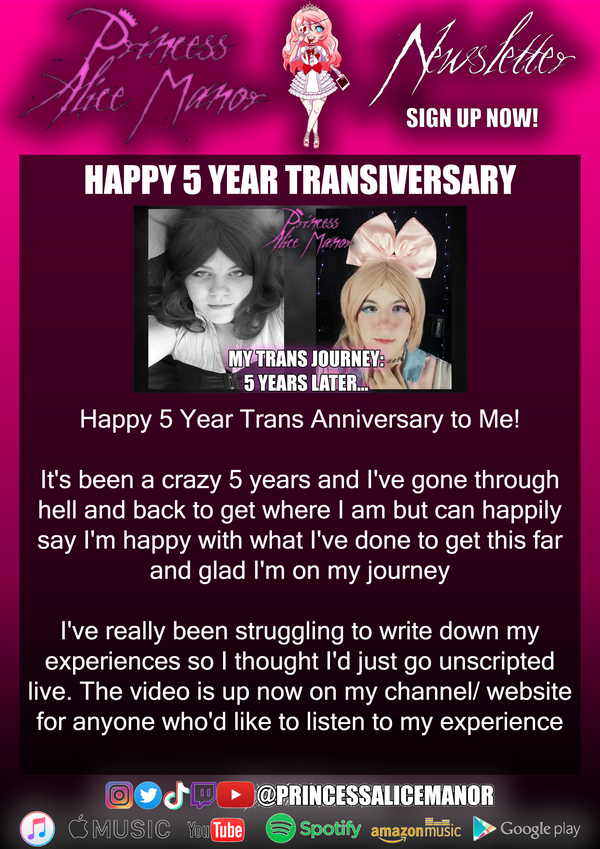 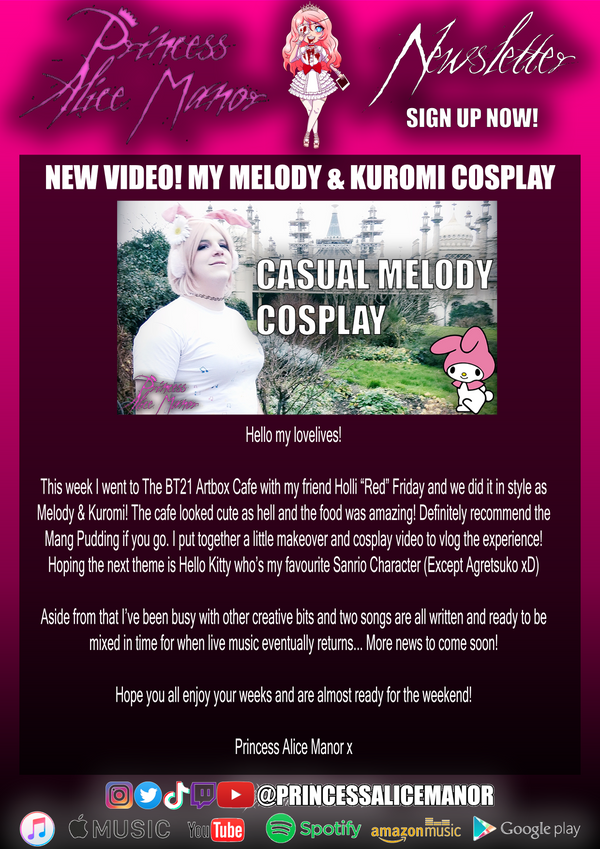 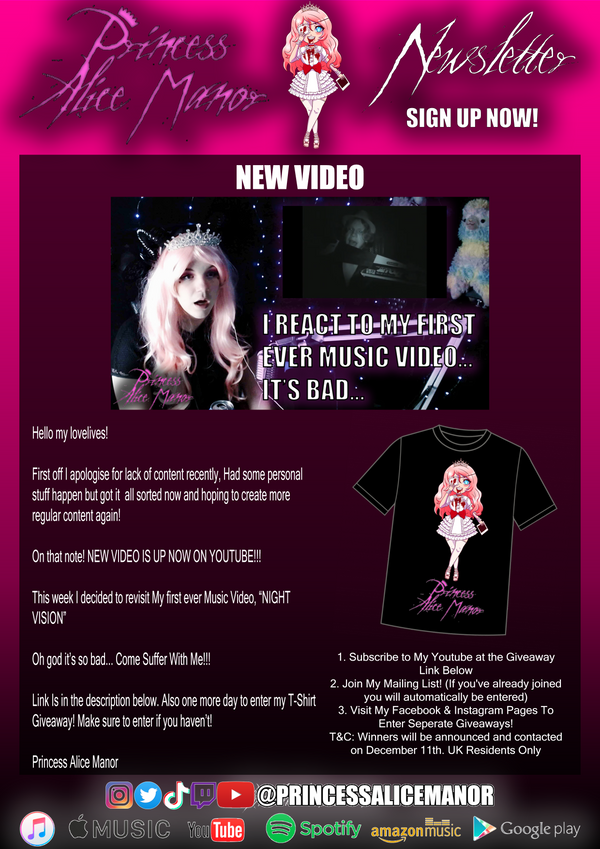 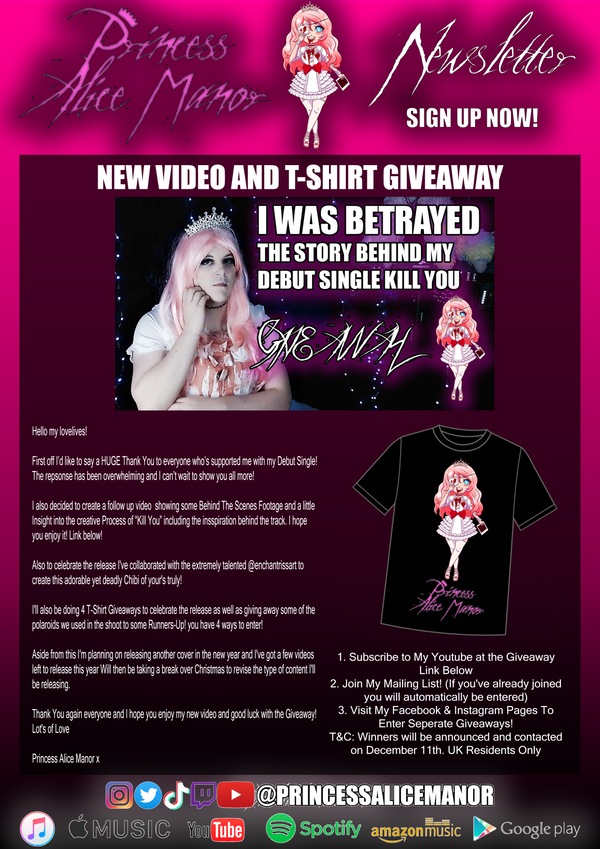 I Was Betrayed - Kill You Behind The Scenes Video: https://youtu.be/hR1Cq2BSVzk 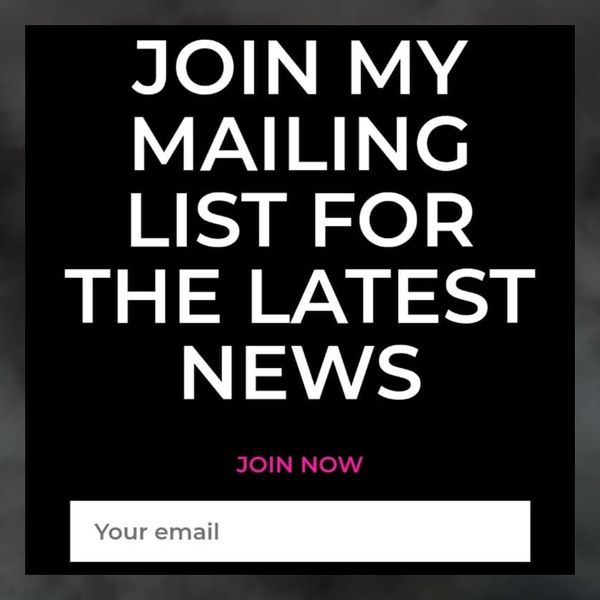 If you join it you'll be the first to know any new information and updates!

Also as an offer you'll get a free mp3 and an… 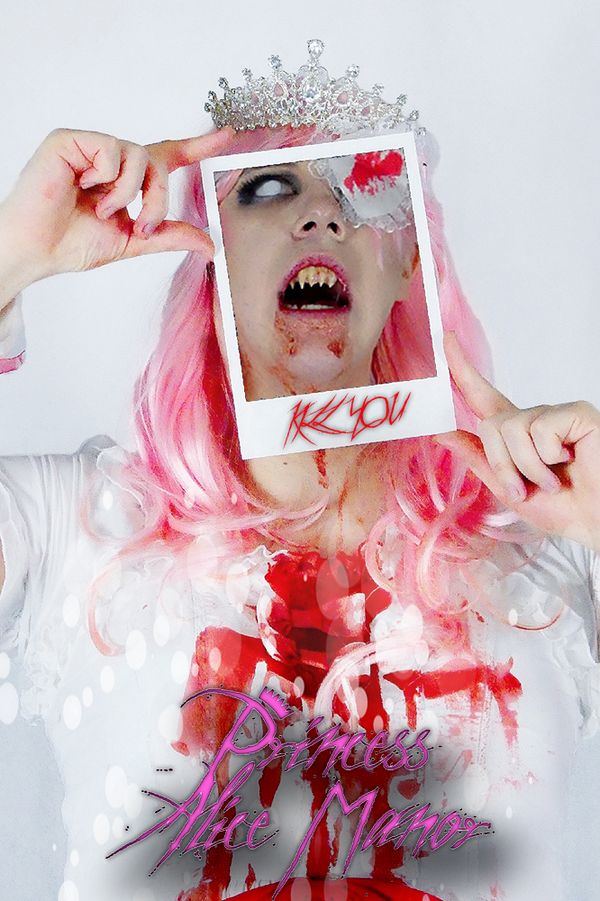 I decided to finally create myself a new website to centralise all my content! I'll be posting everything here first going forward

Would also like to announce my new single "Kill You" will…